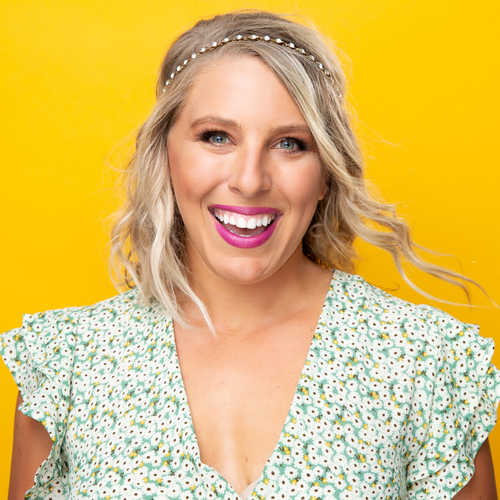 "Success is not what it looks like to others, it's what it feels like to you." - Jess Ekstrom

Headbands of Hope
Author, Chasing the Bright Side

Chasing The Bright Side: Why Optimism is The Secret Ingredient to Success

Jess Ekstrom is the founder and CEO of Headbands of Hope, a company she started as a junior in college in 2012. For every headband sold, a headband is given to a child with cancer.

Her first brush with success was selling all of her toys on eBay when she was twelve. Since then, Jess has been featured on the TODAY Show, Good Morning America, the Hallmark Channel, Inside Edition, Vanity Fair, Forbes, and People Magazine ran an exclusive on her when her book released. Jess is a regular guest on QVC.

More importantly, Headbands of Hope has donated over half a million headbands reaching every children’s hospital in the United States and in fifteen countries.

Her book Chasing the Bright Side debuted as a #1 New Release on Amazon and Apple picked her audiobook as their Must-Listen of the month. She thinks it’s because of her Bill Nye the Science Guy impression she did when she was narrating.

Jess is also a professional speaker and founder of Mic Drop Workshop, an online course with the mission of empowering more women to share their message as a speaker.

Some of her career highlights have been... ● Hosting proms at Children's Hospitals ● Being dubbed "The Ultimate Game Changer" by Women's Health Magazine ● Making the Under 30 Women to Watch list by Business Insider ● Being named a “top motivational speaker” by Forbes ● Donating over half a million headbands to every children's hospital in America and 15 countries ● Making it on CNN when she finished The Krispy Kreme challenge (where you eat a dozen donuts and run 5 miles) ● and teaching her dog to sit, stay and shake Jess and her husband, Jake, travel around the country in their Airstream with their dog, Ollie.