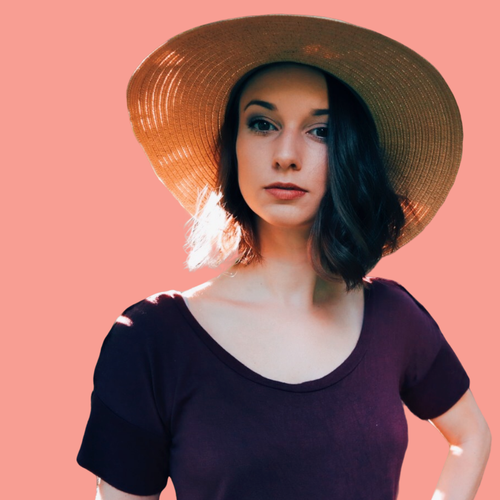 You Can Build A Meaningful Community In Any Niche

Nashville based and Florida by heart, singer/songwriter Sarah Spencer writes Americana Sunshine. While her style is uniquely her own, Spencer has been compared to Alison Krauss and Lee Ann Womack. Her sound is a combination of country storytelling and folk authenticity, steeped in the influence of pop music of the past 20 years.

Spencer isn't afraid to get vulnerable. Her delicate finger style and lilting vocals pull you in, beckoning you to listen closer. She writes about everything from romantic love to the destruction urban sprawl has on natural areas. If it's on her heart, Spencer will write it out.

In 2010, she collaborated with virtuoso guitarist Steve Morse on a full length self-titled album called Angelfire. Morse and Spencer toured briefly around the United States that year and Angelfire is still celebrated by guitar aficionado's around the world.

Spencer went on to study Graphic Design at Florida State University. It was during that time jamming with friends and recording in local studios that Spencer realized that music was no longer calling she could ignore.

So in 2012, after graduating, she left her job at a software firm and moved to Nashville.

Since then she's been writing songs in the storied writers rooms of Music Row. She's played sold out shows at the famed Bluebird Café on multiple occasions. Her songs have gone on to win awards including Grand Prize in the Great American song contest ("Lost Amen" with John Cirillo and Troy Castellano). Songs written and co-written by Spencer have been brought to the radio waves by other artists and she has become a sought after co-writer for emerging artist looking for new material.

In 2014, Spencer wanted to bring her love of songwriting online in the form of a blog, called SongFancy.

SongFancy was born at first out of a desire to share her experiences living in Nashville. Since then it's grown to become a community that is thousands strong with a presence all over the world. SongFancy focuses on guiding beginning female songwriters by helping them with song craft and creative mindset.

Through SongFancy, songwriters can join the free 5 in 5 Song Challenge: A speed songwriting challenge where participants write five fully finished songs in just five days. SongFancy also offers an online course called a Living and Inspired Life, a book of song prompts, other digital products for songwriters, and coming soon, Song Club: Song Fancy's premier membership circle for songwriters looking for accountability, community, and live songwriting events. Writers interested in learning more about Song Club can get on the waitlist at mysongclub.com .

When she's not writing, Sarah enjoys picking out cheap grocery store wine solely by the label, attempting to not kill her house plants, oil painting, murder podcasts, and spending quiet evenings with her husband at their home in Nashville.